Jassira Espaillat-Batista had been together with her husband, Juan, for 6-years without using birth control. At 340 pounds and unable to ovulate, obesity infertility made it impossible for her to conceive a baby naturally. Jassira yearned to be a mother. Her doctor said fertility treatments or weight loss were her only options.

In 2007 Jassira self-paid for the gastric Lap-Band to help restrict her food intake and reduce her weight. But as Jassira tells it, the procedure that was supposed to make her dreams of motherhood come true turned out to be a nightmare. Jassira tells her story:

In the 1.5 years I had the gastric band, I lost about 20 pounds and actually regained them and more.  I was 320 when I had LapBand surgery and was 349 the day I had my revision.  The entire time I had the gastric band no matter what I did I vomited almost daily.  I had periods of weeks and months that I could only drink my calories as everything got stuck, even on an empty band.  I kept going for adjustments but it was just not working.  The last straw came when I was at almost 2 months without being able to eat solids without vomiting, and I went to a surgeon to revise my gastric band.  That surgeon pretty much blamed my failure on me — and instead of taking fluid out of my band she added more, and told me she would save my gastric band even if it was the last thing she did.  Following that appointment I was so tight I couldn’t even swallow my own saliva without it coming right back up.  It was a nightmare.  I had become a surgically induced bulimic, and certainly not by choice.

Distraught, Jassira turned to an online patient support community for help. A fellow weight-loss surgery patient urged her to contact Dr. Mitchell Roslin, the chief of obesity surgery at Lenox Hill Hospital in New York City. Jassira sent him an email regarding her pain and he immediately phoned her to come to his office the following day. Dr. Roslin explained that the gastric band was not the right surgery for her. Read, “Which is the Best Bariatric Surgery for Me?”

I went in to see him and told him I wanted the gastric band out.  At this time he removed all the fluid from the band and I started my journey for a revision.

Jassira before and after weight loss.

Jassira had her duodenal switch surgery on January 15, 2009. Thankfully she had a brilliant surgeon in Dr. Roslin, who saved her life when she went into cardiac arrest. Jassira recalls the experience.

My duodenal switch surgery lasted from around 4pm till past 11pm.  I remember waking up screaming of pain and looking at the clock and it was after 1am.  The nurses glanced over at me and immediately said “call her surgeon and the residents now.”  All I remember was opening my eyes a few minutes later and being surrounded by doctors and seeing a mask coming down and they were mumbling.  Then around 5am I woke up in my room and saw Dr. Roslin sitting by my bed.  He told me he wanted to be there when I woke up and told me they had almost lost me the night before but assured me I would be ok.

Fertility and Pregnancy after Bariatric Surgery

Weight loss came quickly. Jassira dropped 80 pounds in just 6-months. And just two days before her 29th birthday, Jassira’s dreams of motherhood were realized. She was pregnant. But Jassira knew it was too soon after her duodenal switch surgery. She turned to the same online patient support community for help.

I was frantic and scared since I knew getting pregnant wasn’t healthy so early post-op. Instead of support I was accused of purposely getting pregnant and was even advised to have an abortion.  I responded that wasn’t an option and then was accused of being irresponsible as I had a big chance of having a special needs child.  I was petrified and once again emailed Dr. Roslin.

Dr. Roslin saved Jassira once again. He would take care of her.

As always he was amazing.  He called me and put me right at ease.  He said my baby would be fine and I had to worry about myself as babies are parasites and suck the nutrients from the mother.  He said for me to also go see a high-risk doctor and have the doctors call him so he can instruct them and work with them on my care.

Jassira followed his orders and she had a very normal pregnancy after the duodenal switch. Her healthy baby boy Liam was born April 22, 2009.

Jassira, however, suffered severe vitamin deficiencies because Liam had taken all his nutrients from her.

I had chronic anemia and very low protein, which led to me becoming too thin.  I reached a low of 118 pounds at 5’7”.  I was also low on several vitamins.  I lost my hair.  I lost so much that I had to wear custom made hairpieces for almost 2 years.  Once my deficiencies were under control I was able to gain weight and be healthy again.  My hair also grew back healthier than ever.

One day, Jassira’s husband returned home after work to find his wife and baby on the floor.

I remember I felt faint.  I was holding my then 7-8 month old baby when all of a sudden I passed out.  I remember waking up and being on the floor unable to move and my son was crawling, crying due to hunger and a dirty diaper. Thankfully he wasn’t hurt.  I couldn’t move as I felt so weak and wasn’t near a phone.  That’s when my husband thankfully got home.  After that day I wasn’t alone with my son until I felt better.

After about 18-months Jassira’s vitamin levels were recovered, and she found that she was pregnant again. Dr. Roslin advised her that this pregnancy was not high risk.

Jassira went about her pregnancy and at the 19-week mark developed what she thought was acid reflux. But after a week the symptoms were so severe that Jassira knew something was wrong. She emailed Dr. Roslin.

Dr. Roslin told me to go immediately to the ER, that he knew what was wrong with me.  I got there and he had a team waiting for me.  I got sonograms to ensure baby as okay.  Because I was pregnant there were tests they couldn’t perform and so Dr. Roslin decided the safest thing was to do surgery.

Jassira was prepped for surgery at 5am the next the morning to remove a bowel obstruction. She could hear Dr. Roslin arguing with the obstetrician and the anesthesiologist. He was trying to save her life once again.

I heard Dr. Roslin telling the obstetrician that he knew what was wrong with me and needed to operate.  He asked the gynecology team to release me to him, as I was his patient.  I was very scared, as all I could think off was my baby boy.  I remember telling Dr. Roslin to please save my baby.  I was crying so much.  He told me to remember that without me there would be no baby and he needed to operate.  He then promised me that both my baby and I would be ok.  After that I woke up and within the hour my baby was kicking like crazy.  I knew then he was ok.

Jassira, Juan, and their boys Liam and Jace.

Today I am 7 years post op.  I’ve had a few bumps along my journey but I wouldn’t change a thing.  I feel so blessed and strong.  I feel proud of every bump and every lesson along the way.  I have made dreams come true I never thought possible.  But my best accomplishments are my two beautiful boys.

Jassira has come through a long journey to fulfill her dreams of motherhood. Indeed she has been blessed for her resiliency with two beautiful boys whom have brought love profound to her and her husband, Juan. I wish Jassira and her family all the joy they so rightfully deserve.

I invite you to visit Jassira on YouTube and Facebook for her delightful JassiraBeauty videos on makeup, fashion, lifestyle, and more! 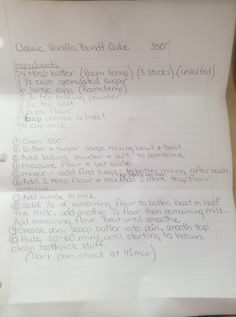