The first dividend of weight loss surgery is, of course, the weight loss. We feel better, we look better, and we are better. Our esteem goes up as our weight goes down. Everything is just… better.

Researchers report that almost half of the women who seek weight loss surgery have symptoms of sexual dysfunction. David Sarwer, lead researcher in a recent study and professor in psychiatry and surgery department in the Perelman School of Medicine, maintains that sexuality is influenced at the point of conjunction between the physical and the psychosocial.

One hundred and six women who had weight loss surgery participated in a study conducted by the Perelman School of Medicine at the University of Pennsylvania. Participants filled out questionnaires in one and two year follow ups to assess quality of life, levels of depression, and sexual functions. Additional tests were also given to measure reproductive hormone levels. Eighty-five of the subjects had gastric bypass surgery and the other twenty-one had gastric banding.

Overall, women had significant escalation in their scores on the sexual function of the questionnaires two years after weight loss surgery. Quality of life scores also showed significant increases, and these same women also showed an increase in reproductive hormone levels.

Improvements in specific areas of sexual function were also reported, such as increased desire, overall sexual satisfaction, lubrication, and arousal. It was also shown that these improvements also might increase a woman’s fertility. Evidences shows a potential link between weight loss surgery and reproductive status based on the study that showed improvements in reproductive hormones.

Further investigations have been recommended to discover if the positive changes that were found continued over longer periods of time and to explore changes in sexual functioning of males after weight loss surgery. Read, “Sex after Weight Loss, the Ups and Downs.”

Researchers acknowledge that the study has limitations such as not having information about menopause and menstrual status. Both are factors that are known to influence the degree of sex and reproductive hormones.

The study concluded that those women who participated in the study not only enjoyed improvements in sexual functioning but in weight-related quality of life, symptoms of depression, and body image as well. 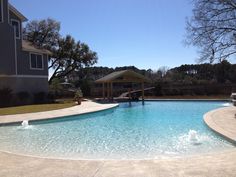