Celebrities Are Choosing Gastric Sleeve Surgery to Shed the Pounds

A number of celebrities have come forward over time stating they have had resounding weight-loss success with gastric sleeve surgery — most recently, TV personality Mama June Shannon in her new series Mama June: From Not to Hot. In fact, several have reported losses ranging anywhere from 60 to 150 pounds following their procedure.

Results like that beg the question: What is the secret to gastric sleeve surgery?

Granted, this is a surgical procedure that will require some recovery time, but the benefits far outweigh the risks based on glowing celebrity reviews, such as:

The renowned TV and movie star revealed to People magazine that her gastric sleeve procedure — in which she lost 64 pounds — helped end her relationship with food and changed her life overall after battling her weight for years on her own.

“I don’t have sleep apnea anymore. I’m able to run and play with the kids or get a bathing suit. It’s not easy to be obese in America and have everyone feel free to ridicule you,” stated O’Donnell. “When I was in the midst of some of my spat wars … that was always one of the first things that was said … And now it’s like a different reality …”

Elvis Duran—a nationally known DJ and host of a popular morning radio show—talked about his transformational weight loss journey with ABC News where he lost 105 pounds.

“I think the message I’m trying to send is, ‘Look, if you’re in a position where your future, your health, your life depends on losing weight and you’ve tried other ways, and it hasn’t worked for you, consider this, look into it and see if it’s right for you. Don’t be ashamed of it,’” Duran said. “For the first time in my life, I’m looking for ways to extend my life, looking for ways to enjoy what I have already, [and] be thankful for what I’m given.”

The self-proclaimed “Queen of Mean” comedienne spoke with In Touch magazine shortly after her gastric sleeve procedure in 2012 and discussed how it has changed her life.

“Crazy diets, good diets – you can’t name a diet I didn’t do,” Lampanelli stated. “Finally, I said, ‘I’ve tried it all, and there’s no shame in taking the next step.’ The doctor who ultimately did my procedure explained that obesity risks are much greater than the risks for this surgery.

Lampanelli has lost a total of 107 pounds since the procedure.

“I was such an overeater,” she explained. “Now, I get full quickly. At three, four bites, I have to stop.”

Regardless of status, many people (celebrity and otherwise) have undergone gastric sleeve surgery. Often it’s kept hush-hush because of the stigmas surrounding weight loss procedures. That’s why it’s important that these and other stars have come out to the media. Breaking the silence will help those who are in need of gastric sleeve confidently change their lives for the better. 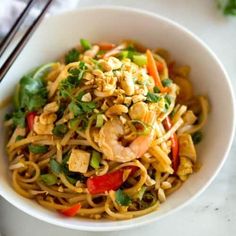